Games played with clubs/mallets and balls have been played across Europe for many centuries and today several still exist. Geert and Sara Nijs in their book 'Games for Kings and Commoners' summarise them nicely: 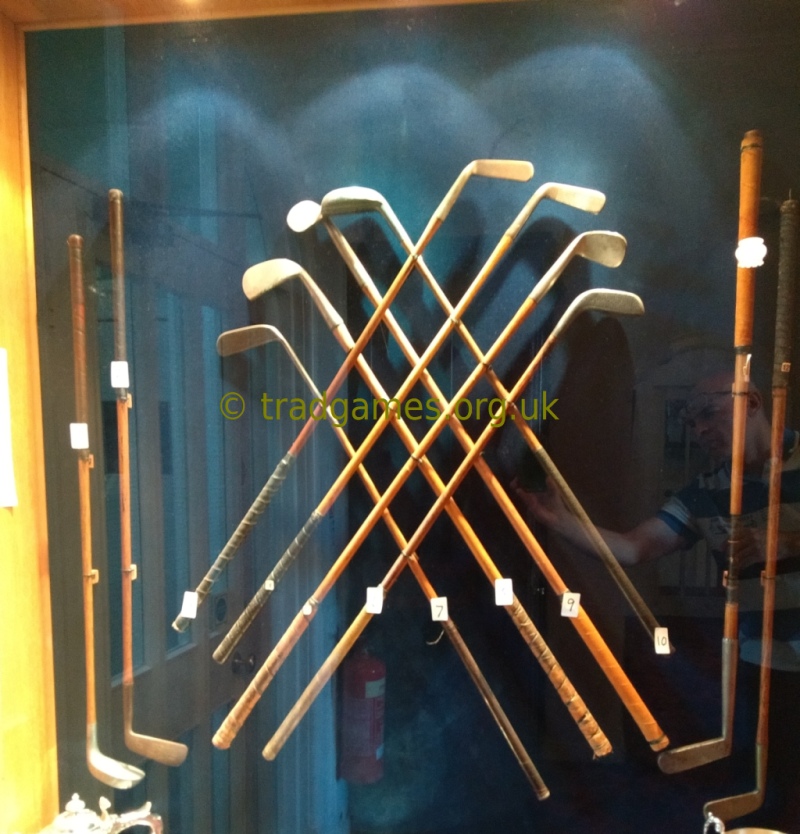 Colf is probably the ancestor of Pall Mall and Golf. Joseph Lauthier mentions 4 forms of the game Pall Mall, one of which is called Chicane - a less formal variety - "it is played in open country, in avenues, roads, and any place where people are wont to meet: the first stroke is usually a tee shot, after which the ball must be played wherever it lies...The match is finished when the ball strikes a particular tree or a marked stone serving as a goal or passes through certain narrow gaps, which have been agreed on...". The version of Pall Mall played until relatively recently in the Montpelier region was essentially Chicane. Chicane seems to match almost exactly the general description of Colf and it's not difficult to imagine the aristocracy converting the country game to a more formal (and expensive) variant for their 'superior' amusement. Similarly, the evolution of colf or Chicane into Golf does not require a vivid imagination. All the elements are there. The simple insistence that the target be a hole would turn Chicane into a game that most people would recognise as a form of Golf.

For now, this webpage will not continue further regarding golf since there are hundreds of books and websites discussing the many facets of the history of golf since it's genesis in Scotland. Let's just leave you with the following snippet.

Shown is a display cabinet at the Royal Perth Golfing Society, the home of one of the oldest courses in Scotland.

Some of the clubs in the cabinet shown have great names e.g: