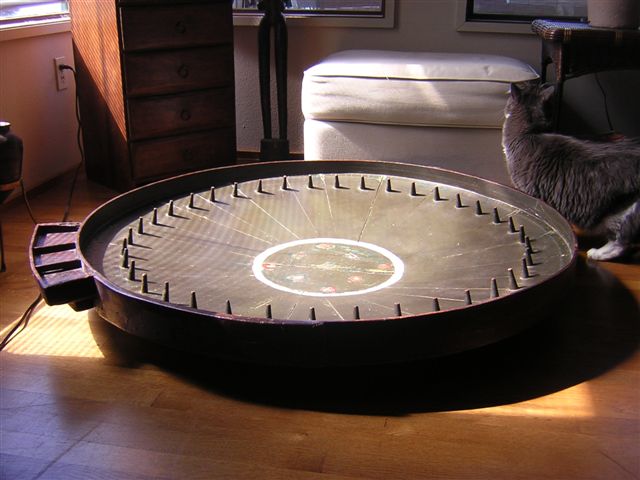 In May 2005, Steve Siwiec of Seattle wrote to ask about the gaming table shown. The author didn't have a clue but some basic information surfaced later. It seems that it is a Rondeau table. Rondeau is a French game played in the 19th century. 9 skittle pins are placed on the central diamond and then a ball is thrown around the outside of the table in the same manner as the ball on a roulette table. When the ball stops,you count the fallen skittles.

This table has "N.D." inscribed on the underneath and perhaps the ledge sticking out from the top edge is for placing bets. With great thanks to Steve Swivec.